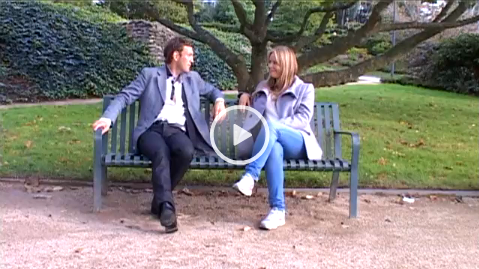 Ganna Sorbat participated in the 13th International Movie Festival in Brest, France in October 2014 – the ‘Brest Festival Intergalactique de l’image alternative’, performing in a concert at the Gala opening.

During the Festival, fourteen participants men and women, beginners or almost, but accompanied by professional technician filmmakers, have directed five films within three days, from October 7th to October 9th.

It was not a given constraint, but the five films are silent and the authors have ventured towards visual experiments rather than focusing on the story.

Short film “THE WAY” (“LE CHEMIN”) by Djenenou Bathily with the participation of Jacqueline Trielen, Régis Kerebel, Anna Sorbat, Tristan Grulard was created with technical support of Ivana Todorovic. The film was presented to the public on the first day of the Festival.