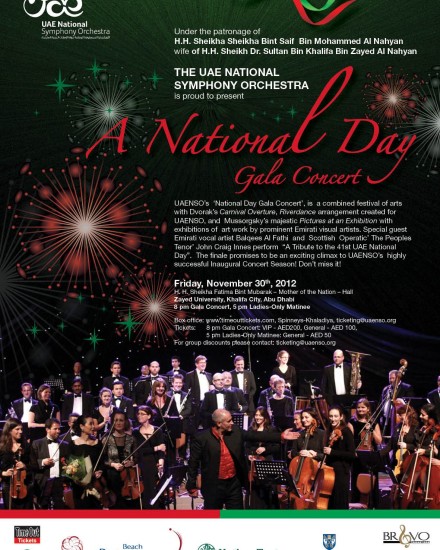 Ganna as a choir vocalist…

“Gala Concert on the occasion of the National Day of the United Arab Emirates, the UAE National Symphony Orchestra appears on stage at the National Theatre of Abu Dhabi – November 30th, 2013.” The concert was advertised widely through the mass media, online and on Emirates television. 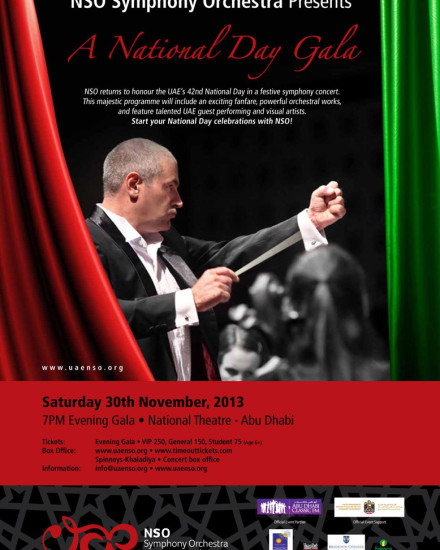 For the past two years Ganna has been taking part as a vocalist in the Annual National Day Gala Concerts of the Emirates National Choir with the National Symphony Orchestra (NSO). The NSO was founded in 2011. Its founder and chief Executive director Janet Hassouneh announced that the main purpose of the NSO foundation was to “engage, enrich and inspire” the Emirates public with a number of Classical and Jazz concerts conducted over the year. Ganna was invited to perform for the first time in 2012.

– Ms. Sorbat, what you would like to say about the National Day Gala Concerts, which you have participated in during the last two years?

– Every concert, which I participate in, is special for me and I give myself over to the audience. The National Day Gala Concerts gave me the chance to make the acquaintance of the United Arab Emirates audience. I have been invited several times now to take part in concerts on stage with brilliant and talented young musicians and performers under the direction of maestro Andrew Berryman and I always consider it a pleasure and an honour.